Lorena was living her best life and had her dream job teaching middle school music.  It was September and she was looking forward to one child graduating from college and another graduating from high school the following spring.  Suddenly, she was struck by a series of deadly health crises.  Lorena, her family, and a team of medical professionals fought and worked for weeks to save her life.

September 23rd, 2019: the beginning of my 27th year of being a music teacher.  I had been in Nogales, Arizona for 26 years, having taught middle school bands of all kinds: marching bands of close to 200 students, jazz bands, concert bands, symphonic bands, and mariachis.  I had just moved to Tucson and began working in the Marana School District.  I loved my job completely.  There is nothing else I would rather do in life.

The four years before this I had been walking daily, sometimes twice daily, and was in the best shape I had been in since I was in high school.  On September 21st and 22nd, I started to have a dull headache.  I felt like it was allergy related and did not think to be alarmed by it.  On the 21st, I had hiked Tumamoc Hill in Tucson, and on the 22nd, I had hiked Picacho Peak, even with the dull headache.  On the 23rd, I taught the entire workday.  After I got home, I did not feel like doing my daily walk, so I went to bed early.

About an hour after I laid down, I felt a shooting pain through my head; one like I had never felt before.  I knew this was not normal, so I yelled out to my son's girlfriend, who was the only one in the house at the time, to call 911.  I had never felt pain like that before and thought I was going to die.  The details that follow this become a little bit foggy as I went in and out of consciousness.  I remember the EMTs checking my vitals, and they did not find anything alarming, so they were trying to convince me to get driven to the hospital instead of taking the ambulance.  I told my son's girlfriend to not tell my children, because I did not want to worry them, thinking it was not a serious situation.

Once I got to the hospital, I was in the waiting room by myself to be seen by a doctor, since my vitals were normal.  About an hour later, my two daughters, Ciara (22 yrs.) and Hailey (20 yrs.), arrived.  While waiting in the ED, I had a seizure.  Ciara had to bang on the door to the doctor's area; Hailey had to push my wheelchair in and my son, who is the youngest, Sam (17 yrs.), had to hold my feet since I was seizing.  They finally got me to a room and started working on me.  A social worker was assigned to them.  They called my mom and took me up to a room in the Neuro-Intensive Care Unit (NICU) and placed the drain in my brain.  No one got a wink of sleep that night.

The next thing I remember was waking up a day later with a drain coming out of my head that drained the cerebral fluid (CF) when the pressure in my head grew too high.  My head hurt and I was very confused about what had and what would happen.  I was informed that I had a brain aneurysm rupture, and that they suspected I had been bleeding in the brain since my headache started two days prior.  They also determined that I had two pseudoaneurysms on each internal carotid artery.  I knew that this was a dire situation.  The relatives from New Mexico had arrived and were shuffling in and out of my room.  I knew that they would not have shown up unless they thought I was not going to make it.  Nobody said goodbye, but I knew why they were there.

They tried to perform surgery four days later; however, they could not complete it due to vasospasms.  Five days later the doctors would try again but were not able to due to continued vasospasms.  The next day, they placed a shunt that redirected the blood and CF from my brain to my abdomen, so I would not need an external drain anymore.  Three days later, they tried surgery again and were unsuccessful. Eight days later they were finally able to perform the surgery successfully.  They placed a stent over the aneurysm behind my eye.  However, my two pseudoaneurysms blew during surgery which caused strokes.  After stabilizing me two more stents were placed over them.

I remember waking up to Dr. El-Ghanem sitting on the side of my bed saying that they almost lost me in there.  He was concerned and I was scared. Three days later one of my stents moved and I had a stroke.  I thought I was reacting to the powerful pain meds because I felt loopy.  I could not butter my toast that I had ordered for breakfast and when Caroline, the nurse, came in and started talking to me I was unable to verbalize an answer.  She immediately called a stroke code and was testing my various body parts.  I was unable to move the entire right side of my body.  I was asked to say my name, and I could not reply at all.  The most frustrating part of what was happening was that my brain was very lucid.  I understood everything I was being asked to do but could not respond.  People seemed to be asking questions louder and slower as if I did not understand them, but I did.  It felt like they just needed to give me more time to respond to questions but there was no time to waste.  I had to get to the surgery room.  Stephanie was an amazing nurse, totally dedicated to the complete care of her patients.

Dr. El-Ghanem kept me awake during the surgery.  I had pain meds and could hear the tapping of a hammer.  He was going in through an artery in my groin and trying to place a longer stent over the one that had clotted.  About 20 minutes into the surgery, Dr. El-Ghanem asked if I could move my right hand, and I COULD!  Then a few minutes later he asked if I could speak, and I COULD!!! I felt as though he was reconnecting the body parts that I had lost control of.  It was amazing and incredibly SCARY!  Afterward, I could talk and move like nothing had ever happened.

The next day I had a Transient Ischemic Attack (TIA), or "mini-stroke" that was resolved quickly with medication.  They were trying to wean me off the IV blood thinner and onto oral medication,

but my body resisted it, and the medication was ineffective.  Four days later, October 23rd, I had another stroke.  Since my body was rejecting the stents placed, my whole left carotid was blocked with clots that they were unable to remove.  It was a very somber night.  It took an additional two weeks to find the meds that worked with my blood to prevent me from having a stroke.  After 50 days of being in the ICU, I finally got to go home!  During my time in the hospital, I learned a lot about not only strokes and aneurysms but also about myself and my mortality.  Life is so very fragile; it can change in an instant.

I got to know the nurses while I lived there.  At night, Dave was our favorite nurse, and we stay in contact with him still.  He was funny and a veteran nurse who knew exactly how to deal with me in every scary situation and was also a ton of fun in lighter situations.  Ciara and I have visited the nurses in the NICU on the third floor at Banner University Medical Center, taking some sweet treats for them.  Caroline, Dave, Jasmine, Taylor, Melissa, Luis, Ryan, Chris, James, Troy, Annabell, Peggy, and countless more on the third floor took care of me and my family during some of the scariest times we have ever encountered. They pulled us through.

One of the most memorable times in the hospital was when Dr. El-Ghanam had explained all that had happened, what we needed to do, how we would get me off of the IV, and also what post-hospital appointments I would need. It was all very overwhelming.  After all the explanations I had one last question for him "Then what happens?" His answer was unforgettable: "You live your life." I have been out of the hospital for six months and just celebrated my 49th birthday!  I will be returning to teaching music at the end of July.  Nobody knows how that will work with COVID-19 and social-distancing, but I am confident I will meet that challenge with strength!  I am grateful for the second chance at life I have been given.  I plan on LIVING MY LIFE to the fullest! 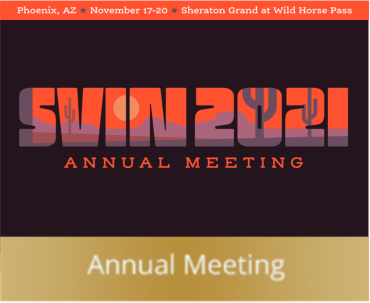